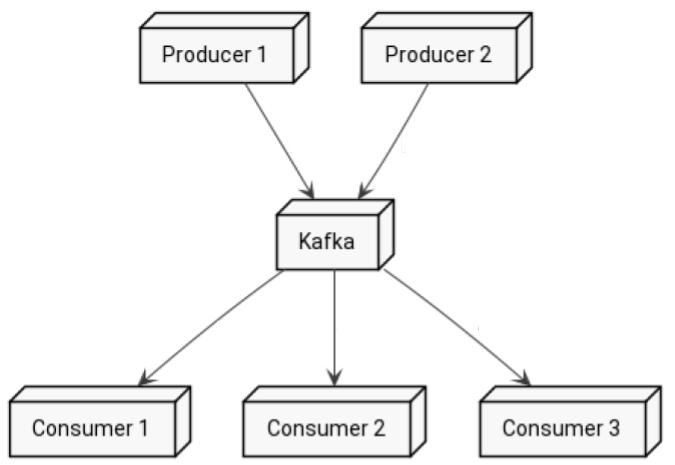 If you’re not familiar with Kafka, I suggest you have a look at my previous post “What is Kafka?” before.

This blog is just a quick review of Kafka Producer and Consumer.

Kafka has a notion of producer and consumer. The first one pushes messages to Kafka, while the second one fetches them.

The primary role of a Kafka producer is to take producer properties & record as inputs and write it to an appropriate Kafka broker. Producers serialize, partitions, compresses and load balances data across brokers based on partitions.

Acks
The acks setting specifies acknowledgements that the producer requires the leader to receive before considering a request complete. This setting defines the durability level for the producer.

Max.in.flight.requests.per.connection
The maximum number of unacknowledged requests the client will send on a single connection before blocking. If this setting is greater than 1, pipelining is used when the producer sends the grouped batch to the broker. This improves throughput, but if there are failed sends there is a risk of out-of-order delivery due to retries (if retries are enabled). Note also that excessive pipelining reduces throughput.

Compression.type
Compression is an important part of a producer’s work, and the speed of different compression types differs a lot.

Batch.size
Larger batches typically have better compression ratios and higher throughput, but they have higher latency.

Linger.ms
There is no simple guideline for setting linger.ms values; you should test settings on specific use cases. For small events (100 bytes or less), this setting does not appear to have much impact. 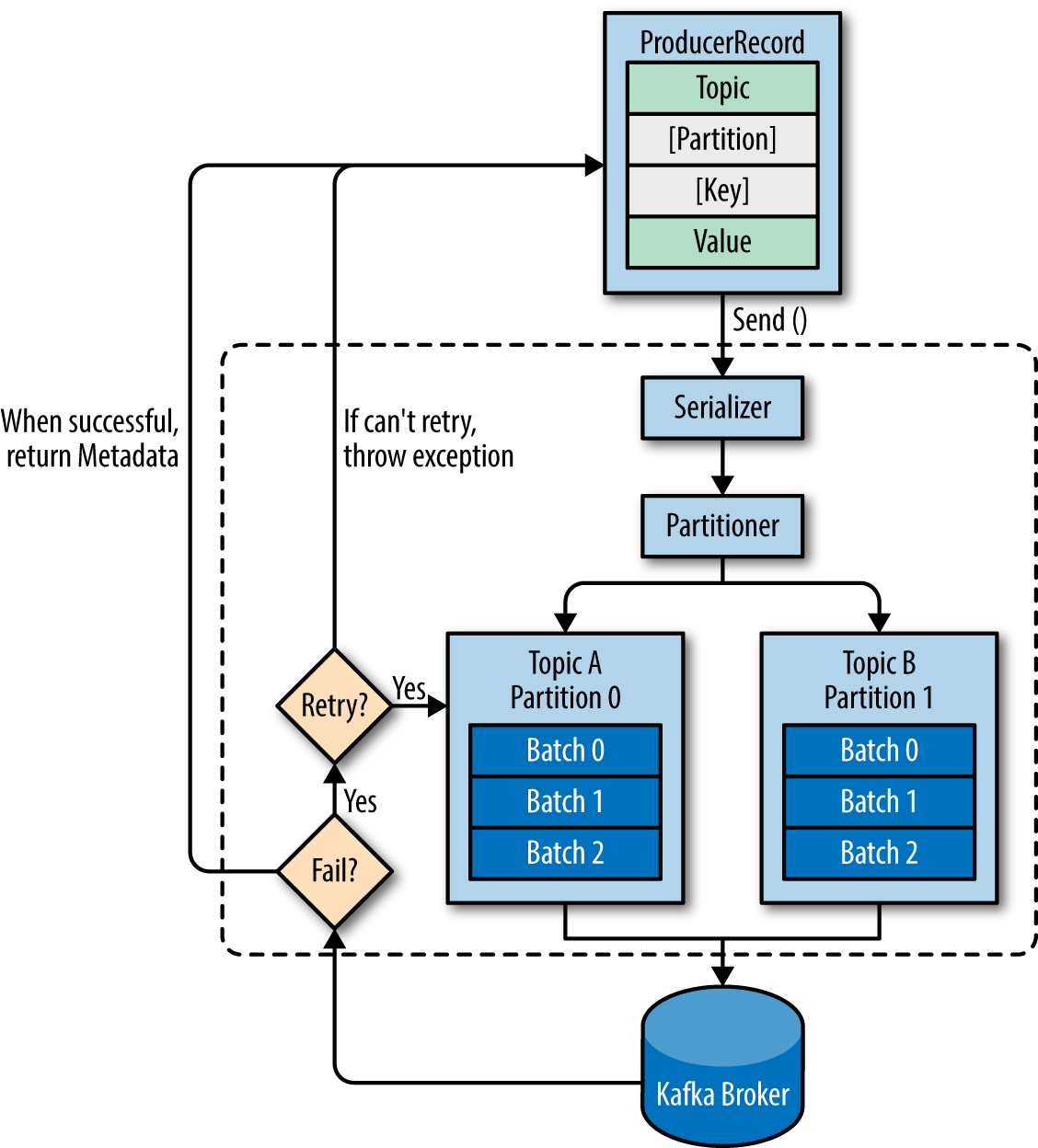 A consumer group is a group of consumers that share the same group id. When a topic is consumed by consumers in the same group, every record will be delivered to only one consumer. As the official documentation states: “If all the consumer instances have the same consumer group, then the records will effectively be load-balanced over the consumer instances.”
This way you can ensure parallel processing of records from a topic and be sure that your consumers won’t be stepping on each other toes.
Each topic consists of one or more partitions. When a new consumer is started it will join a consumer group and Kafka will then ensure that each partition is consumed by only one consumer from that group. 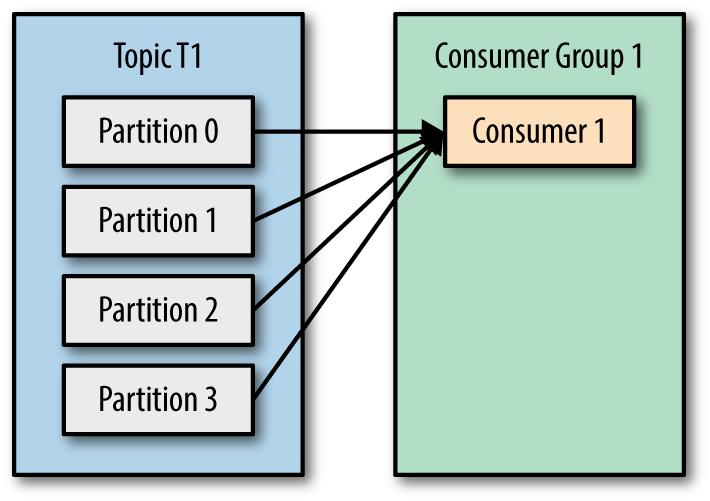 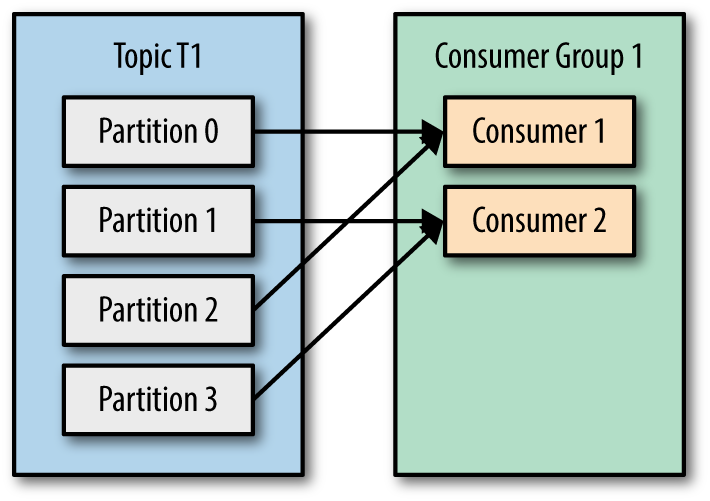 You can have many consumers reading the same records from the topic, as long as they all have different group ids. 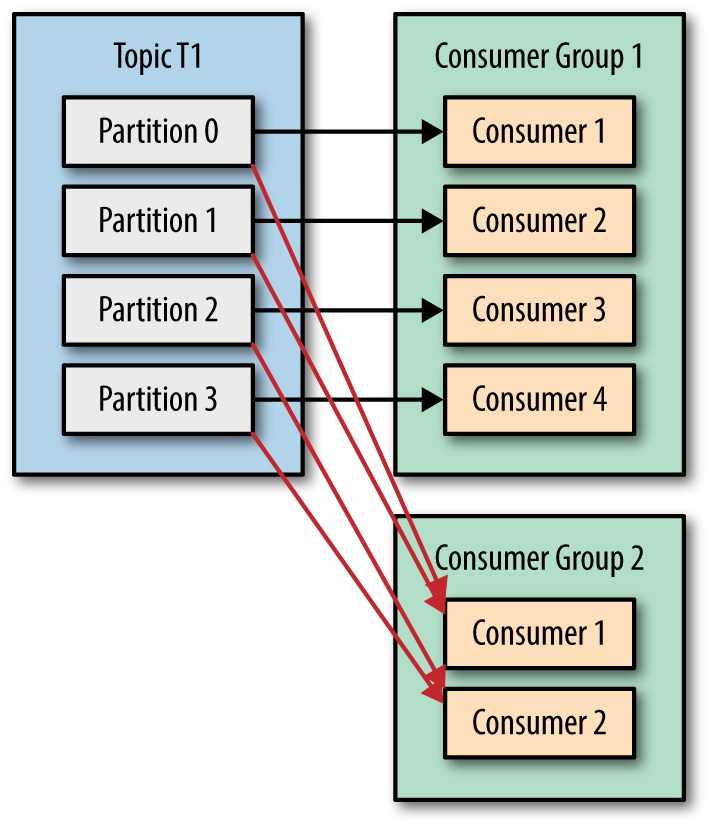