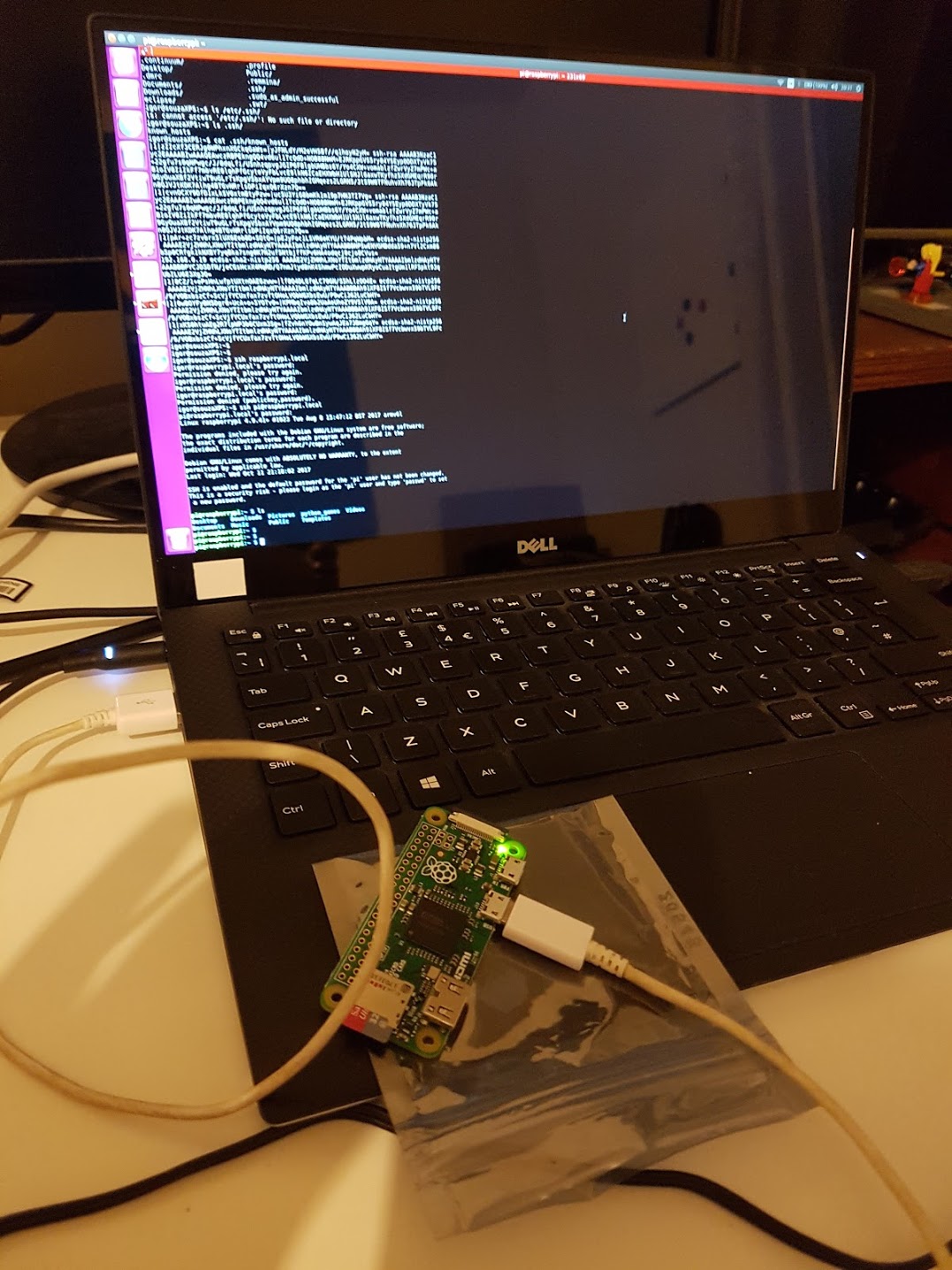 The Raspberry Pi Zero support USB On The Go, given the processor, is connected directly to the USB port, unlike on the B, B+ or Pi 2 B, which goes via a USB hub.

Since there are so many who have experienced various problems with their Pi setup and connection I created the following steps that I used from Linux Ubuntu 16.04 with success.

This is a huge improvement as we no longer need to plug in the HDMI monitor or keyboard for initial setup!

When you plug the Pi into your computer in the above example, it is emulating a virtual Ethernet device. Essentially, your computer thinks you plugged a network card into it.

2 – Copied image to Micro SDHC card via these instructions:

OR you can use Etcher https://etcher.io/

I recommend Etcher.io which will flash your SD card, in the same way, whichever of those Operating Systems you use on your PC/laptop.

3 – To help prevent Raspberry Pis around the globe from being hacked the RPi foundation have now disabled SSH on the default image. Just create a text file in /boot/ called ssh – it can be blank or you can type anything you want it.

To /boot/config.txt add line with: dtoverlay=dwc2

To /boot/cmdline.txt after rootwait add: modules-load=dwc2,g_ether

Open the nm-connection-editor (from the panel). Select Wired connection 2 (RasPi on USB) & click Edit. Under ‘IPv4 Setting’ set ‘Method’ = ‘Shared to other computers’.

Extras:
Once its booted you should now be able to open up the terminal, and using ping Raspberry pi.local you can see the RPi’s IP address.
Using this address in terminal type