This post is to show how I created a Micronaut Velocity demo with a Raspberry PI. This is another blog about Java on Raspberry PI.

Micronaut is a JVM-based framework for building lightweight, modular applications. Developed by OCI, the same company that created Grails, Micronaut is the latest framework designed to make creating microservices quick and easy.

Although Micronaut is primarily designed around message encoding/decoding there are occasions where it is convenient to render a view on the server-side. The views module provides support for view rendering on the server-side and does so by rendering views on the I/O thread pool in order to avoid blocking the Netty event loop.

Velocity is a Java-based template engine. It permits anyone to use a simple yet powerful template language to reference objects defined in Java code.

You can check my blog post about sense hat here

I started with the idea to do something similar with my Quarkus Qute 7 segment display demo, using Micronaut, but I pivoted a little bit. I end up with a Micronaut Vecolcity interface that provides a way to control the 8×8 Led Matrix from SenseHat. 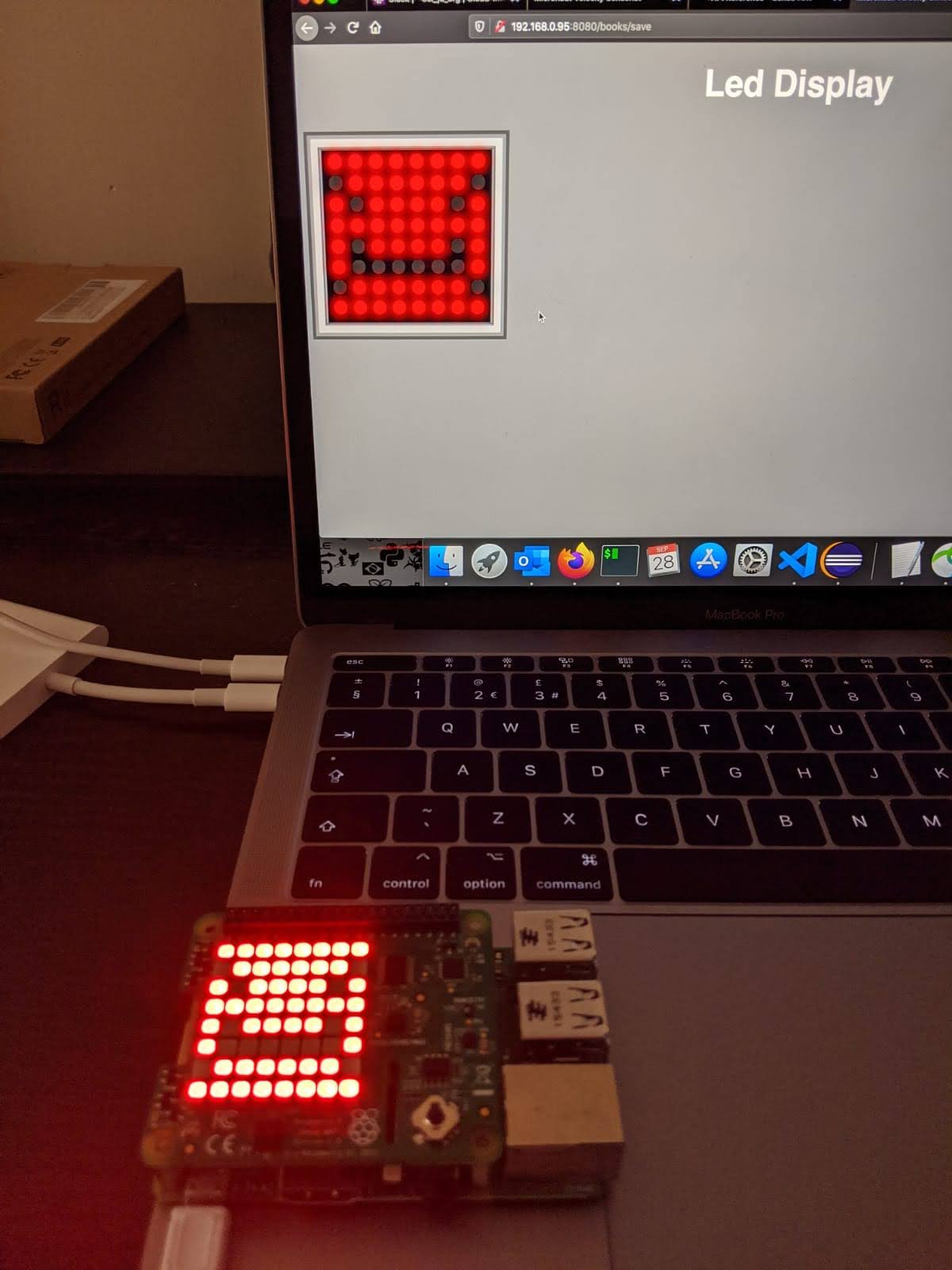 I used this Java wrapper for Sense Hat

Disclaimer – I got the CSS from here