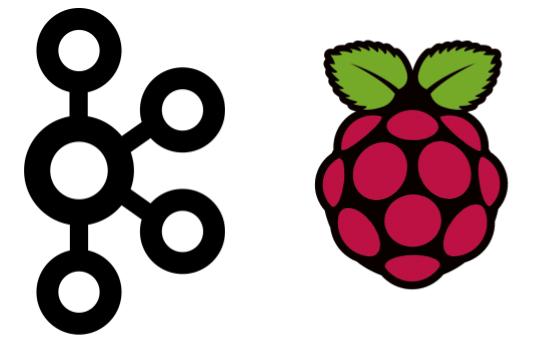 This is another blog about Raspberry PI, and today I want to show how I did a simple Kafka cluster.

If you’re not familiar with Kafka, I suggest you have a look at my previous post “What is Kafka?” before.

This is a really simple tutorial and you can find similar instructions over the internet.

Despite every time that you look at a cluster tutorial they add a switch, router, and some internet cables I did use just simple wifi.

For the software part, we will download Zookeeper and Kafka, and there’s no installation. Is just about untar and changing some settings files.
Download latest Apache Zookeeper & Apache Kafka.

You should do this in all Raspberry PIs.

create a file “myid” and the file should have only the id of the zookeeper node.
I use 1, 2 and 3

Run this under the zookeeper’s root folder to start the Zookeeper service.

I downloaded the most recent stable version
Modify the “config/server.properties” with:

Boker.id should be 1,2 and 3 for each PI
Host.name is the machine IP address
zookeeper.connect should be equals in all

(Depends on each Raspberry PI version you are using)

Otherwise, JVM would complain not able to allocate the specified memory.

You can run this to start Kafka

And that’s it! Now you can do some basic tests.

I put my Zookeeper and Kafka in the “/opt” folder, but you can put it in any path.

With a more powerful computer, memory, and a 64bits OS it’s open to a lot of more ideas and scenarios. Kubernetes, Strimzi, and keda are just some initial things.

Another thing is that Kafka is about to remove the Apache Zookeeper dependency, and this will make a lot of changes.

I found a lot of tutorials about Kubernetes and 64bits OS for Raspberry, but could not find any Kubernetes Kafka example or Strimzi. I think with this new OS and more powerful hardware is just a question of time.

Canonical has released Ubuntu 19.10 with a focus on accelerating developer productivity in AI/ML, new edge capabilities for MicroK8s, and delivering the fastest GNOME desktop performance.
The Raspberry Pi 4 Model B is supported by Ubuntu 19.10. The latest board from the Raspberry Pi Foundation offers a faster system-on-a-chip with a processor that uses the Cortex-A72 architecture (quad-core 64-bit ARMv8 at 1.5GHz) and offers up to 8GB of RAM. With the Raspberry Pi 4 Model B, developers get access to a low-cost board, powerful enough to orchestrate workloads at the edge with MicroK8s.

K3s – a flavor of Kubernetes that is highly optimized for the edge. Though K3s is a simplified, miniature version of Kubernetes, it doesn’t compromise the API conformance and functionality.